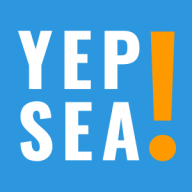 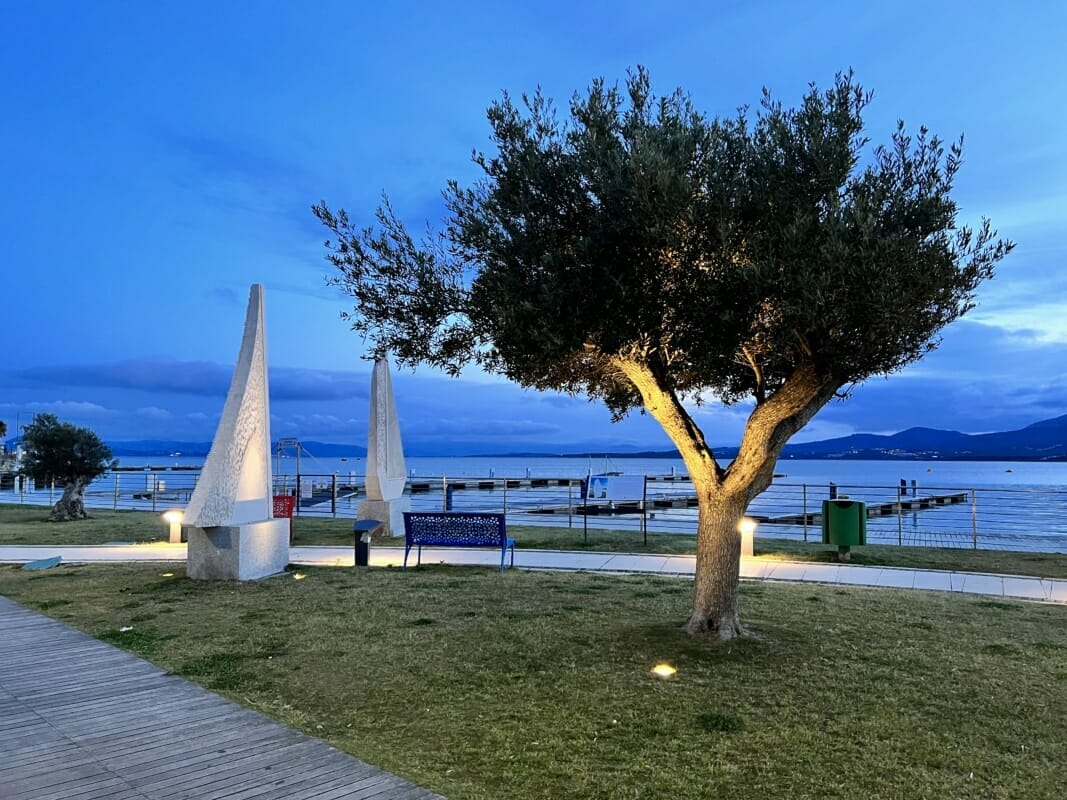 Pinuccio Sciola Pietre Sonore on the waterfront at Golfo Aranci: the magic of the sound of stones makes them true natural musical instruments

Giuseppe 'Pinuccio' Sciola was born in 1942 in San Sperate near Cagliari in Sardinia. He is a famous Sardinian sculptor known internationally for his natural works. Sciola is a complete artist who, travelling and experiencing the world He creates sculptures that reproduce the deepest and most ancestral aspects of nature.

Pinuccio Sciola celebrates art as an integral part of society and everyday life. An artist with avant-garde ideas, a man who creates works of art capable of arousing deep emotions. Admiring his works helps to rediscover the truest nature of the world and of the human being. Pinuccio Sciola's works establish and maintain contact with reality and traditions through a journey of rediscovery and appreciation of popular culture, sounds and materials.

From a material that is superficially inert, Pinuccio Sciola creates true works of art which can be play by all. Referring to Sardinian monoliths, thus taking up ancient artistic traditionsthe sculptor creates real musical instruments. Means through which it is possible to create sound waves that move deep emotions.

A Golfo Aranci during a simple walk along the promenade the "Pietre Sonore by Pinuccio Sciola"are present, playable and admirable.

Le Vele: Environmental Art For All

Culture promoter at society is a pillar and spokesman for the recovery and preservation of popular traditions through the enhancement of materials and natural environments.

Research and experimentation animate his life as a complete artist, experiencing art as inclusion and appreciation of the beauty of nature is the cornerstone of the artistic current that carries Pinuccio Sciola's work around the world.

On the seafront of Golfo Aranci you can see "The Sails of Pinuccio Sciola"and also play them.

Sciola's sculptures at Golfo Aranci are accompanied by information boards. Here is the photograph and the text printed on the Golfo Aranci infographics placed next to the installations.

Born into a peasant family, in 1959 he took part as a self-taught artist in an exhibition competition for students of all ages and levels of education, winning a scholarship that enabled him to attend the Art Institute in Cagliari. In 1961 and 1962 he visited the great Italian art cities of Florence, Rome, Venice, Ravenna and Naples several times. In Florence, in 1964, he attended the Magistero d'arte and in Salzburg the International Academy (Sommerakademie), where he attended courses by Kokoschka, Minguzzi, Vedova and seminars by Marcuse. Travelling around Europe he met various artists including Aligi Sassu, Giacomo Manzù, Fritz Wotruba and Henry Moore. In 1967 he won a scholarship to attend the University of Moncloa in Madrid, during which time he studied the cave paintings of Altamira. In May 1968, he was in Paris. In the same year, he returned to his village and decided to transform San Sperate into a 'museum-country'. Thus, murals were painted on the walls of the village houses, which were completely repainted in white lime, and various sculptures were placed in the squares. This initiative involved a large part of the population and had a large following, not only among his fellow villagers, but also among numerous artists, such as Foiso Fois, Gaetano Brundu, Primo Pantoli and Giorgio Princivalle. In the same year he obtained the chair of Sculpture at the Art Institute of Cagliari. His activities in the village-museum of San Sperate attracted the attention of UNESCO, which invited Pinuccio Sciola to go to Mexico in 1973. Here he met the master muralist David Alfano Siqueiros, learned his secrets and collaborated on the large murals in the densely populated Tepito district. In 1976, he took part in the Venice Biennale, causing quite a stir among the critics with the exhibition in St Mark's Square of Le Canne e dei Cadaveri, wooden sculptures that he had previously exhibited in various towns in Sardinia and that he would later exhibit in Bologna. In 1978 he set up the International School of Sculpture in his home town. In 1983 he was invited to the Festival dei Due Mondi in Spoleto. In 1984 he was in Milan for the exhibition at the Rotonda della Besana: Pinuccio Sciola: uno scultore per una scuola. In 1985, in Piazza Affari in Milan, he set up a large-scale nativity scene; in Cagliari, he painted an enormous mural with stones on an entire wall of a building in Piazza Repubblica (in September 2013, work was carried out to renovate the facade, which led to the destruction of this mural). He exhibited his works at the Quadriennale in Rome, in Barcelona, Paris, Vienna, etc. and between 1986 and 1987 in the museums of modern art in various cities in Germany. Near Stuttgart, in the historic centre of Kirchheim Unter Teck, one of his sculptures was laid as the foundation stone of the European Parliament. His works, especially sculptures, are part of public and private collections and are exhibited in various museums and placed in squares, parks and places especially in Europe: in 1986 in the public gardens of Arnhem in Holland; in 1994 in the Park of the Castle of Hooidonk in Belgium; in 1996 in the Palace Trianon in Versailles; in 1997 in the Park of the Kunst Project Centre in Barndorf Bei Baden near Vienna."Source Wikipedia"http://www.pinucciosciola.it/

Pinuccio Sciola's sculptures and works are scattered all over the world.

To see some of his works, just take a walk on the waterfront of Golfo Aranci where Le Vele and Le Pietre Sonore are present.

A San Sperate near Cagliari you can visit the "Sound Garden" - the PS Museum curated by the Sciola Foundation. The Giardino Sonoro houses Sciola's works and embodies his principles. Walking through the town of San Sperate, it is possible to admire more than 400 murals and over 100 permanent installations.

Most Popular
Another way?

You can see everything from above or... from the water

No votes so far! Be the first to rate this post.

Do you have questions about this article or photos to publish?
Leave your comment below.

Gite in barca in evidenza

This site or the third party tools used by it make use of cookies necessary for its operation and useful for the purposes illustrated in the cookie policy. By clicking on accept you agree to the use of cookies. Accetta Read more
Manage consent

This website uses cookies to improve your experience while you navigate through the website. Out of these, the cookies that are categorized as necessary are stored on your browser as they are essential for the working of basic functionalities of the website. We also use third-party cookies that help us analyze and understand how you use this website. These cookies will be stored in your browser only with your consent. You also have the option to opt-out of these cookies. But opting out of some of these cookies may affect your browsing experience.
Necessary Sempre abilitato
Necessary cookies are absolutely essential for the website to function properly. This category only includes cookies that ensures basic functionalities and security features of the website. These cookies do not store any personal information.
Non-necessary
Any cookies that may not be particularly necessary for the website to function and is used specifically to collect user personal data via analytics, ads, other embedded contents are termed as non-necessary cookies. It is mandatory to procure user consent prior to running these cookies on your website.
ACCETTA E SALVA